Enter your location to find Salvation Army's closest clothing donation bin or thrift store near you.

The Salvation Army was founded in London in 1865. Since then it has grown into a global charitable organization, currently serving in 130 countries. The American arm of this Protestant Christian evangelical organization provides a number of essential services to the underserved sectors of the United States. 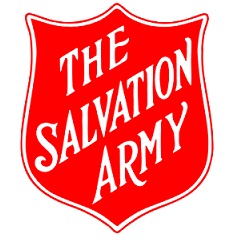 On top of all those causes, they are one of the leading platforms helping US residents to sponsor children in need who are living overseas.

Financial donations are more than welcome to the Salvation Army, but they also accept secondhand goods as donations. Items including clothing, houseware, home appliances, furniture, and others. Vehicle donations are also welcome.

Not even a pandemic can stop our incredible staff and volunteers from helping those in need. While the way we serve may…

The Salvation Army USA has stationed donation boxes all over the country. However, it also maintains manned donation centers, which are also often thrift shops called Family Stores. You’ll find a majority of their thrift stores in New York, Texas, California, and Illinois.

If you’re unable to travel to one of their locations you found on the map above, you can also schedule a pickup. Give them a call directly and they’ll advise you on the next steps.

Pickup is also available for vehicles, but donors are advised to contact nearby donation centers first, as some centers may not accept certain types of vehicles. Some member agencies allow for online scheduling of vehicle pickups.

The Salvation Army USA’s headquarters are in Virginia. However, there are almost 8,000 Salvation Army locations nationwide. Its US Central Territory division, for instance, serves 11 Midwestern states and there is an operation center/field representative in each county. Similarly, every county in the 12 Eastern states comprising the organization’s US Eastern Territory has an operation center or a field representative.